Setting: Ibadat Khana, ‘The House of Worship’ of Mughal Emperor Akbar. Religious leaders and ministers convene to define and discuss the feasibility of adopting the Din – I – Ilahi or ‘Divine Faith’.

Emperor Akbar: Gentlemen, thank you for reflecting upon the Din – I – Ilahi. I will be pleased to hear your thoughts, for they shall help unify this kingdom for all of time.

Minister One: Jahan Panha, we understand that the Din – I – Ilahi is an attempt at ensuring Sulh – e – kul. The Sufi concept of ‘Peace to all’. A means to usher in an era of religious tolerance by adopting an inclusive approach towards people of all religions. Is this divine faith entirely influenced by Sufi principles?

Emperor Akbar: While I am a devout Sufi, I want the Din – I – Ilahi to take inspiration from all the beautiful religions of the world. Our objective is peace. A common corridor must be established in order to achieve it.

Minister One: Sufism is less a doctrine or a belief system. It’s an experience; a way of life in which a deeper identity is discovered and lived.

Emperor Akbar: Precisely. And this deeper identity has abilities of awareness, action, creativity and love that are far beyond the abilities of our superficial personalities. We are not separate from the Divine. We are One: one people, one ecology, one universe, one being. And if we are one, surely it is possible to follow one faith, in unison. 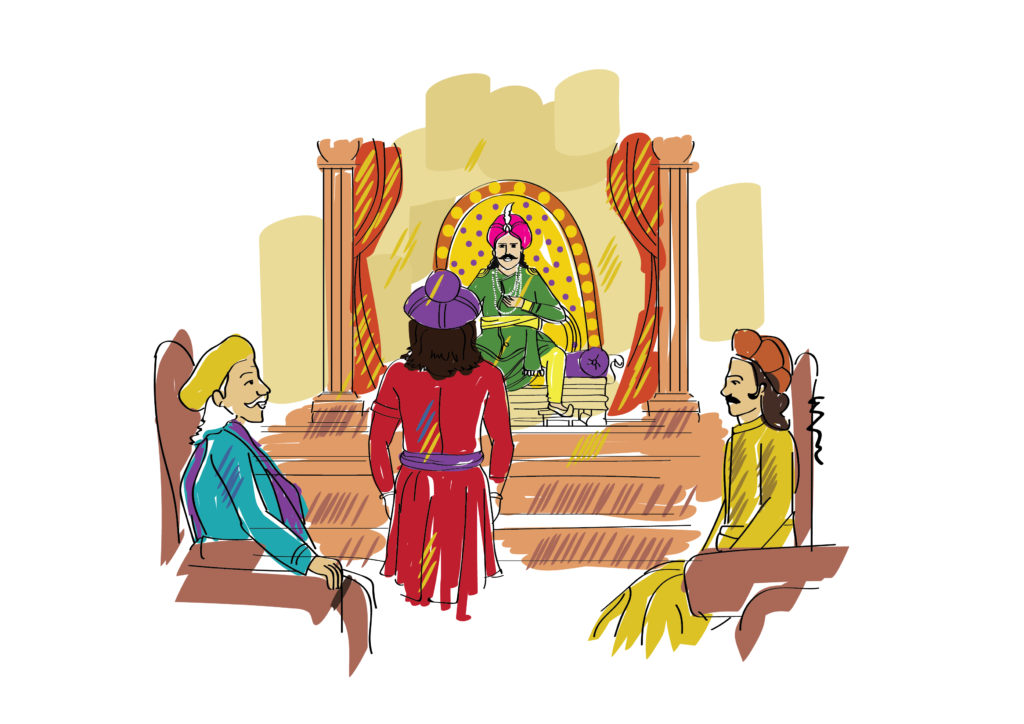 Rafu (Minister Two): Are we so convinced of a commonality among all religions so as to attempt to unite them to create an entirely new, consolidated religion?

Holy Man One: I think we can all agree that we have a shared belief in the almighty. And we all uphold the concepts of Love, Compassion, Respect, Tolerance, Non-violence, Truth, Ethics, Morality, Generosity, Kindness, Charity, Fraternity, Justice, Equality, Forgiveness, Reflection and eventually, Peace.

Holy Man Two: Yes, but how can we possibly convince our people to surrender their own and adopt one universal faith? It cannot be ignored that Hindustan is a country with vast disparities in language, culture and religion and unwarranted criticism in the faith of others cannot be accepted.

Holy Man One: There’s no criticism whatsoever. If anything, it’s about convincing every believer of the possibility in believing in a single faith. It’s about everyone following one path to peace, with the good of all religions incorporated into one.

Holy Man Three: We don’t have to undervalue the convictions of any religion, only take the best and most beneficial of them to give birth to the Din – I – Ilahi.

Emperor Akbar: I suppose what he intends to say is that if we adopt one favourable insertion from one religion, it means we’re rejecting the others. And that may not go down so well with the current lot of followers of that faith. Everyone wants to believe their religion is faultless. By hand picking specific values, we might be writing off the others.

Minister One: No religion Jahan Panah, is entirely perfect. But truth can be found in them all. Buddha was not a Buddhist. Jesus was not a Christian. Muhammad was not a Muslim. Krishna was not a Hindu.
Mahavira was not a Jain. They were teachers who taught goodness. Surely, the most effective of their teachings, when merged, will benefit humanity.

Rafu (Minister Two): So, we can find that divine force that binds us all; that divine unity if we all follow the same path to goodness?

Rafu (Minister Two): In creating the Din – I – Ilahi, we will be breaking away from the notion of Islam’s superiority over all of the religions. As I understand, this is a synthesis of religions, in their shared belief of the almighty, to liberate the Mughal Sultanate from its domination by conservative clerics?

Holy Man One: I believe the Mughal State will be liberated from any sort of fanaticism, prejudice, extremism and unwarranted orthodoxy to usher in an era of ultimate religious tolerance.

Minister One: Religion may be a path to god but it is also the root of all conflict. The fact that we cannot respect our differences.

Emperor Akbar: And that is exactly what we must eliminate – Our differences. I have never known how to read or write, but I have always yearned for knowledge. That thirst; that curiosity kept me associated with the learned of every creed and the wise. I have been fortunate to exchange dialogue with theologians, poets, scholars and philosophers of several credos. It is these exchanges that have inspired me to highlight the close resemblance between them all. Hence, prompting the dawn of the Din – I – Ilahi. One Divine Faith for One People.

Rafu (Minister Two): Pardon me Jahan Panah, the beauty of Hindustan lies in its heterogeneity. And since culture and religion are so closely linked, don’t you think we risk the loss of diversity by trying to homogenize the people on the basis of religion?

Holy Man Two: Fair point. Will the people be able to celebrate their cultures and persist with time-honoured practices? Can we keep our distinct identities?

Emperor Akbar: Art and culture must flourish. But divisions based on religion must be done away with. Unfortunately cultural practices that hail from religion will be discontinued if and when the Din – I – Ilahi is adopted.

Holy Man Three: And what will the fundamental tenets of the Din – I – Ilahi be?

Emperor Akbar: I would like for the Din – I – Ilahi to be an ethical system. Of the highest moral standing. A humane approach to all life.

Holy Man One: With that in mind, I suppose we must establish what principles can be incorporated into this Divine Faith.

Rafu (Minister Two): What sins are sins? What will be prohibited? What virtues and virtues? Which ones will be upheld?

Minister One: Will an idol be worshipped? Will there be rituals to perform?

Holy Man Four: If the soul must yearn for God by itself, an idol is of no service. The soul must find its own passage as it undertakes a journey to unite with the Supreme force within and around us. Perhaps the Sun and the element of Fire could guide us to the divine light.

Minister One: That makes sense.

Holy Man Five: Religious tolerance for those who do not adopt the Din – I – Ilahi though, must be maintained.

Emperor Akbar: Without a doubt.

Holy Man Two: Perhaps, we can prevent animal slaughter. Since there is the belief that all living things possess souls.

Holy Man Three: Celibacy could be condoned and not lauded. To each their own.

Holy Man One: Notwithstanding the absence of scriptures or a priestly hierarchy, we could recite the 1000 Sanskrit names of the Sun when in prayer.

Rafu (Minister Two): So long as our people have the freedom of choice, it’s only fair to give the Din – I – Ilahi a chance.

Emperor Akbar: And there, we have it! Let the Din – I – Ilahi be declared our official religion.

And with that, the King turned Messiah.

His rule is a lesson in tolerance. When it reigns, societies flourish and when it ceases to exist, so do Empires.

DEEP WITHIN THE GURUKUL 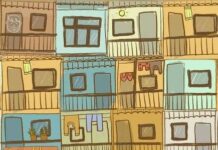 THE DOOR IS ALWAYS OPEN 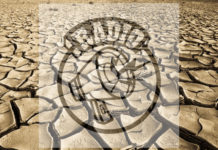 Retired Professor of History, Agastya Sahai, ought to be every pupil’s comeback when pulled up for daydreaming.

Sahai, the schizo, witnesses episodes through the ages, first hand. He’s lived through every peak and trough and twist, on battlefields and conflict zones, in courts and castles, at conferences and negotiations, amongst monarchs and mutineers, stockpiling every debacle; every triumph to reminisce in retirement.

Once you’re inside, who knows where it may lead…
To our hallucinatory professor, this is indeed, his-story.