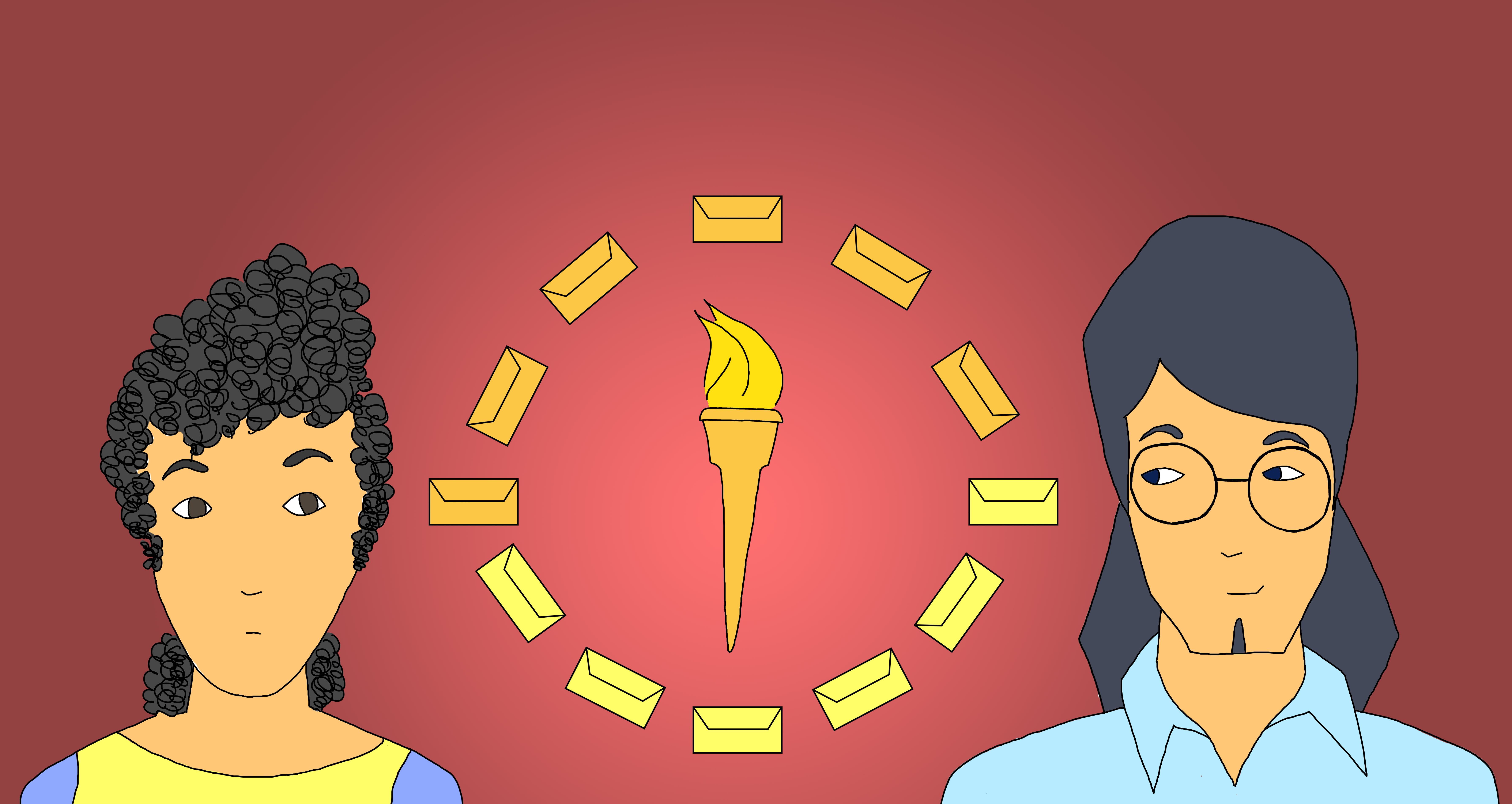 A Revolution In Letters

X dropped out of college when she’d had enough of the prevalent state of education. Wanting to change its fate, she exchanges letters with her pen pal, Professor Gyaan.

Now while that does make her an ex-student of this flawed system, she’s still a student. A curious cat. A learner, for life, with vengeful purpose to turn things around.

At the heart of education, is a teacher and a learner. Hence, the Professor’s answerable. And he’s responsible, to initiate that exchange; to fire up the future; to effect that very vital transformation; to usher in that revolution, in letters even, if that’s square one.

Extreme dissatisfaction with the status quo often leads to rebellion.
It should.
What are we doing here otherwise, sitting around, swallowing the indigestible, lying down?
When the very thing that was meant to grow us starts to decay, we have got to hit the brakes, rethink what way we want to go and then ironically, step on it!

At some point in the course of our education, we all break, take breaks or both.
It’s just as sad as it is startling that systems that were designed to facilitate learning – the simple act of gaining knowledge – would ever cause a breakdown or prompt escape or be anything but joyful and fulfilling.

May be it’s the forced schedules and the forced learning and the forced (unhealthy) competition and the forced irrationality to excel at everything you study and the forced day you pull through at school or college when you’d rather be somewhere else doing anything or nothing else.
It adds up to a monotony that can and does drive us mental; we simply have different thresholds for when the seemingly forced becomes monotonous.
With water levels going over most people’s heads, the pumps will have to surface to suck the dullness out.

Mankind has always needed a holiday from structure. That hardy word that spells discipline, order, method and is very often a madness marauder; a chaos killer.
We soon realize though that coping with chaos is the only lesson we’ll ever have to learn.

The letters that X exchanges with a Professor not so faraway record a watershed in approaches towards education today together with proposed solutions, crucial advances, even thorough transformations tomorrow.
They’re the necessary stories of change in exchange.

Mankind has always needed a holiday from structure.
Holidays are fun.
Learning was always meant to be fun.
These letters might just bring it back.

November 29, 2021
(This piece is the fifth in a series titled “Freedom” on the network.)   X, As a product and representative of the education system that claims to...

November 23, 2021
(This piece is the fourth in a series titled “Freedom” on the network.) Hey Prof. G, How much everything was made out to be Black or...

September 29, 2021
Prof G., I found three of the seven lessons I was supposed to. While they weren’t hard to find, They certainly were hard to assimilate. Each of them,...

September 23, 2021
Hi Prof G., Being part of this village ecosystem is as enchanting as it is an eye-opener. For a while I thought I’d remain in...

September 20, 2021
Prof. G, Dhasa is a little place with a lot of heart. This morning, at a corner stall outside school, a glass of milk cost me...

September 15, 2021
Dearest X, Melancholy is not easy to deal with at any age. Your words, thoughts and feelings are melancholic right now. And while that may be understandable,...

December 4, 2020
Prof.Gyaan, For understanding and explaining my unschooling in the previous letter, I could never be more grateful and at peace. For many moments, at SHARANA,...
123Page 1 of 3