“It is important to keep in mind that the art form I practice – Bharatanatyam, to me, is a means to an end. The end is to tell a story through Bharatanatyam, which I believe is the most beautiful and graceful way of conveying content through art. Now, whether the story I tell through Bharatanatyam comes to the audience through a stage performance or a film is really debating on a platform more than the content!”

To dancers, young and old, Ms. Savitha Sastry needs no introduction. She is a changemaker. I speak with her about the stage, film – the space she inhabits and embraces, change and her dynamic art form!

This must seem like a very apt time for dance and film-making to come together. How did the idea come to you all that while ago? What did you want your films on dance to achieve?

In fact, we started on the digital media in 2018 – when we started getting our earlier stage productions digitised.

For us, the motivation of going digital was simple – the reach. In 2010, I moved on from dancing traditional repertoires of Bharatanatyam to producing theme-based projects that did not have a basis in mythology or religion. The reason was to evangelise Bharatanatyam to the audiences that were not familiar with this dance form, or even if they were, they had no interest in classical Indian dance – a majority of even Indian youth found it boring. I think our mission was to prove to them that Bharatanatyam can be as much of an ‘edge-of-the-seat’ experience as cinema can be.

The numbers we could reach in a year-long tour of my shows could be got online in the first 24 hours – the reach is also truly global. Yes, last year we released my first made-for-digital-only short film – ‘The Descent’ – its success in both viewership and in the way it got picked up by film festivals world-wide only validated the belief. 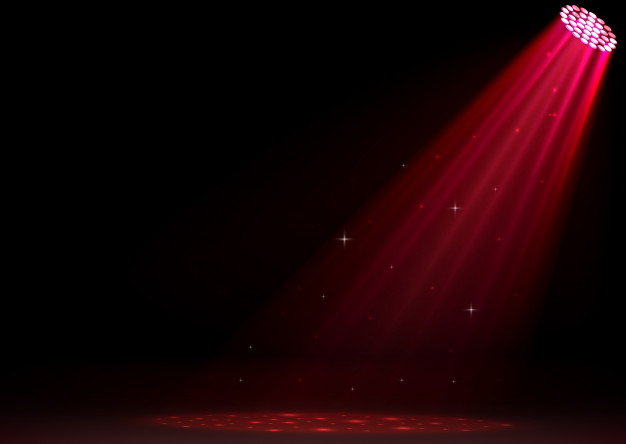 Do you believe that film is the best representation of the Art form you practice? As an alternative form of media and performance, does it satisfyingly encapsulate your journey with, approach towards and vision for dance?

It is important to keep in mind that the art form I practice – Bharatanatyam, to me, is a means to an end. The end is to tell a story through Bharatanatyam, which I believe is the most beautiful and graceful way of conveying content through art. Now, whether the story I tell through Bharatanatyam comes to the audience through a stage performance or a film is really debating on a platform more than the content!

Both the stage and film bring about different pros and cons – there isn’t any perfect platform to get wedded to. The stage establishes a connection with an audience – and that chemistry is almost impossible to replicate through a screen. On the other hand, the film allows me to paint a much more gorgeous picture by going to actual locations, and also gives me that many more tools to be able to tell a story more effectively.

For me, personally, the transition has been very satisfying. I am finding that I can spread the artistic canvas a lot wider when it comes to films – and anything that allows me to tell a story better, I will embrace it.

Tell us about your beginnings with dance. Did film-making always fascinate you? Was it always a medium you would have wished to employ to tell your story better?

I have been dancing for over four decades now – though it is over the last 12 years that I have taken the step of moving away from Margams – the traditional repertoires, to creating thematic productions that are based on novel stories and not based on religion or mythology. This was the first paradigm shift I undertook – and the reason for this was to take Bharatanatyam to an audience not really well versed with the art form.

However in the late 2010s, it occurred to us that if the objective was to evangelise the art, then it was necessary to take it to more and more people – this was the beginning of moving to digital media. Film was not a medium that I ever even considered till then. However for the first couple of years, we were just creating digitised versions of the on stage productions.

In 2019, at some gathering, a young girl spoke to Srikanth (the Director and Author of all our productions) where she asked him if we could tell a story in 5 minutes. The challenge amused him at first, but inspired him enough to create our first short film – ‘The Descent’ which released last year.

The notoriously short span of attention that online audiences have, and the plethora of choice that the viewer is faced with online, makes it imperative that we choose content that is short, pithy and effective. My ten-minute films manage to find more views and engagements in 24 hours than a full tour of a full length stage production would in 6 months!

How do you pick locations that complement your Art as well as the camera? How important is the cinematography or is it merely an embellishment?

The cinematography has to add to the experience of the story being told – far from being an embellishment, it is to us as critical as the dance itself. So, the way I look at it, locations are not a mere background to make my dancing more interesting (which, unfortunately, seems to be a big motivator for many outdoor dance shoots). The location has to have a part in telling the story itself.

For instance, in ‘Descent’, the outdoor shot had the background of two stark, large peaks silhouetted against the sky. To Srikanth, this represented and accentuated the state of mind of the protagonist I was portraying. Similarly, in ‘Colors Green’, the outdoor shots tended to be dreamy, misty and nether worldly – far removed from the humdrum everyday chores of the protagonist’s daily life. That is how Srikanth’s story flows, therefore he wanted the distinction between the real and dream worlds of the protagonist to come to life through the locations.

Let’s talk a bit more about filmmaking being an attempt at engaging more young audiences and generating a wider reach for the Art form? Where do you see the Art form heading?

Most certainly it is an attempt to engage with more young audiences, especially those that have so far never shown any interest in this art form. And I don’t blame them – for the most part with repetitive repertoires and one dimensional presentations coming up by the dozens every day on social media, the younger audience do not see any difference between one dancer and another (unless these young people are truly students of the art form). If I was to use the one word they describe conventional performances with, it would be ‘boring’. This for us, is an attempt to tell them that classical does not have to be boring, but can be as edge-of-the-seat as good cinema or theatre. In fact, if it’s boring, it’s not classical.

There definitely has been a shift from many performers who have over the last decade moved from Margams to theme based full length presentations. Some of these have been outstanding, but some still stick to tried and tested lores from mythology with a bit of their own perspective thrown in.

I think thematic productions will become the order of the day, whether it is on stage or on film.

How comfortable are you with teaching virtually? For all its convenience and practicality, can it ever be as good as learning or teaching in person, in flesh and blood?

I do not teach on the virtual medium – I conduct workshops from time to time, and even these are generally meant for advanced students of Bharatanatyam.

I don’t think teaching can ever be as effective online as it is in person. There is much lost in translation between seeing someone on screen as against seeing them in person. And I’m not even referring to the other hassles like slow connection speeds or network coverage issues.

At best, online can be a good means to support live learning; it definitely is very useful in conducting short workshops or seminars. But nothing can take the place of a flesh and blood interaction.

My favourite takeaway from this interaction is the part where Ms. Sastry says, “If it’s boring, it’s not classical”. That’s a classic line from a classic woman. And it is everything Classical Art needs and deserves.