It’s been around since the beginning of time. It is arguably and admittedly the world’s oldest profession. Allowed by some parts of it while others, to this day, remain in denial. No matter what we do to censor, conceal or even crush the trade, there will always be people who will pay money, to get sex for pleasure or to merely have company, and there will always be women and men who will offer their bodies and time and skills for money.

Every dictionary in the world has taught us to squirm at the very mention of the word. Prostitution is wrong, dishonourable, unworthy of respect and downright inappropriate. Prostitutes, therefore, are a scourge that soil and spoil and stain our squeamish, sinless society.

But if you walk a little further from where you’re currently standing, into the life of a sex worker, a gigolo, an escort, you might find that:

Prostitutes do us a service. An unrequited, unacknowledged, miserable one. That we don’t wish to recognize this service is our collective failure as humankind. That we do not wish to legalize their livelihood is reflective of a mass regression – the genocide of rationality.

Storytellers tell us a lot of things. Of individuals forced into prostitution, by traffickers or pimps, by drug addiction, or even desperate poverty. What they often hide are the stories of the individuals and societies that have gained positively from it. And if we ever get there – to revealing and celebrating these, history better have apologized to those scorned, imprisoned, whipped and even tortured for selling their bodies.

Women and Men own their own bodies. What they decide to do with them is their entitlement, whether out of choice, constraint or charity. If Article 21, a fundamental right, assures people of a dignified existence, protects them from their person being violated, allows them to pursue a means to fend for themselves without harming another – relieving and benefitting them, on the contrary – then prostitution is as much a profession as any other. A dignified one at that. If anyone gets to pass judgment, it’s got to be a judge who decides to legalize it. For various reasons. And if we ever get there – to the decriminalization and systematization and acceptance of prostitution, the law too owes prostitutes an apology for its lethargy. For letting the rule of law be overruled by an ideological anachronism.

It’s complicated, I know. Questions about the criminalization, abolitionism and regulation of prostitution are widely debated. The concept of freedom involved is contentious. So many people find it impossible to imagine how anyone could actively, voluntarily, keenly, choose to sell their bodies. Well, promiscuity is a feature of many and it comes as naturally to them as reserve to others.

An advocate of the antediluvian mercilessness cries out against a PIL to legalize prostitution, embarrassing not just himself but the whole human race, “But respectable people don’t have sex!” I can smell the Victorian era, here in this courtroom. Heck! I know what colonialism smells like even though I wasn’t around when it was. Apparently, it never left! I almost howled back, “Adv. Victoria! Only bacteria, black worms, hydras and strawberries don’t have sex! Because they’re asexual, you bonehead!” Perhaps they’ve earned his respect.

People, as a matter of fact, have sex. And it should therefore come as no horror that for the most natural human instinct, there is a trade. Our biggest breakthrough will come when we stop condemning it on principle. The world is full of all sorts of people, with all sorts of beliefs and needs and desires and kinks, and while we should be proud of such diversity, being prudishly seated on a moral high ground will do nothing to purge people of their sexual frustrations. Sanctioning prostitution however, will.

There’s a stigma. A hot and heavy one. More importantly, will legalizing it, do away with the stigma? Alcohol and tobacco, and drugs in some parts of the world, are legal. That doesn’t make them alright or good for you.

Yes, the idea that human beings could be for sale is ethically controversial. But are they really selling themselves? Or merely putting a price on their talents or abilities? Sure they may be unusual and unconventional and inexplicable even, but they’re talents and skills all the same. Therefore, if you would pay for an exclusive, exotic, privileged service, why wouldn’t you pay for this? Particularly when it’s such an innate urge, common to all.

Anything we ban or make unavailable, anything that’s hard to get, is that much more sought after. It works just the same with prostitution. The more you restrict and restrain, the more vehemence to break the rules and get hold of the unattainable. We all know forbidden fruit tastes sweeter.

There’s a grey area we’re treading here. Prostitution in India is not illegal per se, plainly, on paper. However, the whole grid that surrounds and facilitates it, is. Solicitation, in public places or in the public eye (it’s ever-present. We’re an overcrowded nation of over a billion people!); Carrying out any such activities in hotels (where else do you go?); Kerb-crawling; Pandering and Pimping and Owning or Running a Brothel (how does one possibly get to them or put them out there?), are all prohibited by law. If you forbid every activity integral to the profession itself, you’ve effectively outlawed prostitution altogether.

“Hello!” I could hear myself in my head, “No one’s sticking up for human trafficking here! Or sexual exploitation. Or sadism.”

It’s outrageously vile when children are forced into it. It’s contemptible when anyone’s forced into it. But institutionalizing the profession for those that do want to practice it, because it’s the sexual choice of a consenting adult, is the mark of a truly free populace in a democratic nation.

Around the world, laws tackling prostitution are aimed at protecting the young and victimized and keeping sex work out of sight – in having demarcated areas where it could be practiced. In advising and establishing how it might and must be practiced with the appropriate safeguards against violence and disruption to public order.

When you decriminalize sex work, you create an operative relationship between law enforcement officials and sex workers. That could potentially bust the human trafficking racket when they work collaboratively, in addition of course, to giving the abused a sanctuary to seek relief, redress and rehabilitation. You open closed doors. The law becomes a buttress rather than a blockade.

When you legalize sex work, you reserve the right to turn around the squalid working conditions that prostitutes currently work in. They have rights and safeties, they have access to healthcare and sanitation and education of contraception and safe sex and a certain quality of life. You protect your citizens from the plague of venereal diseases.

When you legalize prostitution, you open up a whole new means of livelihood to your people who, along with the rights that come with being part of the workforce, have a duty to pay taxes. The economy grows with such employment. Additionally, the government saves money that it was otherwise spending on hiring law enforcement officials to hunt down sex workers. As a matter of fact, we have more pressing matters to spend tax money on. If not, you bloody well reduce our taxes!

Look, you can’t stop it. Because the reasons for it to exist are stronger than the stubbornness to kill it. We may as well legalize it. Because, like any other profession, prostitution is a choice. Let them make it. And we might just be able to better protect the ones that do.

But but but, how do we wrangle with the inescapable tenet of “our bodies being our temples”?
We don’t.
We simply give ourselves the vital right to choose who its devotees are going to be. Or not.

This is Solomon Naidu.
Reporting from Courtroom No. 5
Of The Bombay High Court.

DISCLAIMER: The content in this blog post is for general informational and educational purposes only and does not give rise to an attorney-client relationship. Nothing contained herein should be construed as professional legal advice from The SHOUT! Network or as substitute for legal counsel on any subject matter. No reader of this post should act or refrain from acting on the basis of any content contained herein without seeking the appropriate legal or other professional advice on the particular facts and circumstances at issue from a lawyer licensed in the recipient’s state, country or other appropriate jurisdiction. Whilst we endeavour to ensure the accuracy, applicability and completeness of the content on the website; no warranty or guarantee, express or implied, is given with respect to the same and The SHOUT! Network does not accept any liability arising directly or indirectly from any use of the content. 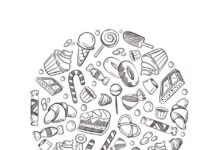 WHO TIPS THE SCALES? 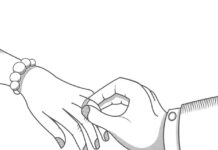 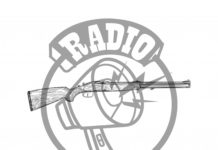 PODCAST: HE DIDN’T KILL IT FOR SPORT