You’ve been brave. All by yourself. Battling a heavyweight with all the punches a paperweight can pack. And I am proud of you. For sharing the load, for thinking me worthy, for asking for help. Accepting a disconcerting condition takes courage and even when you don’t have anything left inside of you to draw from, you’ve pushed hard to vent and really poured yourself out – as if the vampire hadn’t swallowed you up enough! 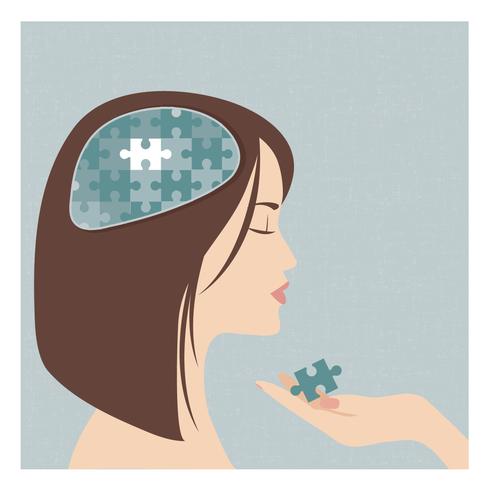 Fortunately, I’m seeking professional help. And this is my first step towards recovery. This is the turn of the tide. Consider it. In fact, go get it. You can’t fight weapons of mass destruction with filaments of faith. Arm yourself.

It doesn’t matter who you are, Olivia. This vampire of yours, he affects millions and millions of people. And you’ll be disappointed to hear that there is no silver bullet or magic pill. Medication only helps some, while others might need a different approach altogether.

For starters Ollie, you’ll have to be this person, that has written that letter to me, to everyone – authentic, genuine and true to yourself and your near and dear ones. Tell them what’s up. You don’t have to perennially be happy. You aren’t Santa Claus. But you do have to be true. And while it is wrong that you feel so low all the time, it’s not your fault. It’s just not your fault. People suffer from typhoid and jaundice and other illnesses. Depression is ours and we have to treat it. Period. Practically, fittingly and begin right at this instant.

When you tell your closest, the people who’re in your direct line of fire, about all that’s making you miserable, you’ll be surprised at how much the misery mitigates. You find your team and they’re all rooting for you. Now that makes the vampire less powerful. Actually, you simply aren’t scared of him anymore. You have your own bag of tricks to deal with him. When he tugs and tows or tries to follow or worse still, clamber on, you can even outmaneuver him.

Positivity is a superpower. When you’re stressed, there are ways to quieten your mind. You’ll get calmer and calmer. I’ve been told to exercise. You know what a leap that is for me. It’s easier for ANYONE to work out than it is for me. But I want to work out because that’s one way of loving your body; of caring for it. I want to work out because I love my body; not because I hate it. I behaved like an enfant terrible when my shrink suggested it but I’ll admit it, I feel good when I move around. Exercise is the cheapest anti-depressant there is. And it’s a clinically proven phenomenon.

You wrote about the vacancy in your eyes and the cloud of gloom constantly raining down on you. It’s true. Our world is sort of grey right now. And different hues of blue too. And although they look pretty on anyone’s eyes, I want to tell you how beautiful brown can be too. Because we need to look at life through another lens; another colour. Brown eyes. They’re so pretty and seriously don’t get enough credit. In all the books we’ve ever read, they’re always described as mud or dirt or chocolate and that’s so mundane. A little unfair even. Not enough. Brown eyes are freakin’ gorgeous. Holy Moly! They aren’t even brown. They’re copper against honey and they’re sunlight through a bottle of whiskey (I’ll just picture it; not drink it!) and they’re the colour of earth after it rains. They’re hazelnuts and gingerbread men and chocolate brownies and they’re the warm, roasted chestnuts you can nibble on after coming inside from the biting cold and wrapping yourself in a blanket on the sofa and they’re cocoa and tea and coffee (whatever you prefer). They’re cinnamon and ginger and cassia. They’re healthy, glowing, radiant skin. They’re the dust from horse’s hooves and they are so damn beautiful! They may be common. But they are not, for one second, boring or ordinary. And give us much to look for and forward to.

I want to believe that no matter how bad it gets, if we do right, our colourless days can and will pass. I want you to believe the same. However, exasperating it is, the D-bug is a teacher. And he will force us to recalibrate and simplify our lives. Until we embrace the demons, how will we ever debug?!

What I know is this:

This is our life. And we’re going to be both moved and confused by it. As we are now. By the contradictions and the apprehensions and the overwhelming nature of it all. There are moments of inspiration and then there are things we’ll never quite come to terms with. We’re going to love people that we’ll sometimes lose. Perhaps we already have. But we’ll also find those who stay. Perhaps we already have. I want to appreciate those people. Let them know that I care. We’re going to laugh until we cry and quite like we are right now, ache in ways we never thought possible. We’re going to be exhausted by the chaos of it all and ignited by the beauty. We’re going to be hurt and we’re going to hurt. Sometimes, we’ll be the bad people. We are the bad people. We’ve made our mistakes and we might be able to right our own wrongs. And we might not. Sometimes, we’ll have to give ourselves our own closure. Fight the beasts and the demons and the killjoys in our heads. We’ll have to let go. We’ll have to find comfort in being alone, in being lost. Yes, this is our life. And though it can be unpredictable, and messy, even though it can break you down – we’re going to survive it. We’re always going to survive.

We’ll get help and we’ll be helped. No shame. No fear of judgment. And no, we won’t miss out on one priceless moment of our lives. Because that would be the real shame. Let’s keep the faith and patience and discipline and humour and use the knowledge we have and the knowledge we’ll gain to heal.

I should remind you of what Van Gogh also said:

“If I did not give vent to my feelings every so often, then, I think, the boiler would burst.

I must tell you something that, were I to keep it bottled up inside me, might distress me, but which, if I just come straight out with it, may turn out to be not too bad.”

“The artist always comes up against resistance from nature in the beginning, but if he really takes her seriously he will not be put off by that opposition, on the contrary, it is all the more incentive to win her over – at heart, nature and the honest draughtsman are as one. (Nature is most certainly ‘intangible’, yet one must come to grips with her and do so with a firm hand.) And having wrestled and struggled with nature for some time now, I find her more yielding and submissive, not that I have got there yet, no one is further from thinking that than I am, but things are beginning to come more easily.

The struggle with nature is sometimes a bit like what Shakespeare calls ‘taming the shrew’ (which means wearing down the opposition, bon gré et mal gré (willy-nilly)). In many fields, but especially in drawing, I think that ‘serrer the près vaut mieux que lâcher’ (persistence is better than surrender).”

Let’s be inspired by his life of colour than the paleness of his death.

Until speaking about it is hard, write to me and anyone else you would. But don’t ever stop reaching out. We can’t help you unless you want to be helped Ollie. More importantly, although you aren’t ALL you have (we’re all here for you), you have to want to help yourself. That’s the springboard you somersault your way back up from. 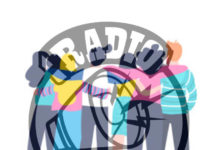 Podcast: You Are Not Alone

Podcast: The Hand You Need 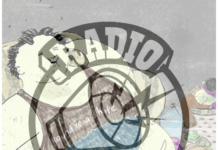 Podcast: The Toxin – The Story

He’s the human embodiment of a health hazard. The gross toxin.

But lately, there’s been a break in the clouds. Wellbeing and fitness, ache and disease, prevention and cure, life sciences and medicine intrigue him. And he wants to turn things around.

Only to realize, his passage from Gorge to George is a row of battles with the toxins. Of different kinds. It’s funny as hell, this war.

But health is no joke.