DISCLAIMER: Views expressed in the podcasts are those of its creators, curators, interviewees and content producers and not necessarily those of the voice artistes, radio jockeys or the platform: The SHOUT! Radio. Recording and Reproduction in whole or in part is prohibited. 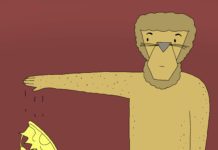 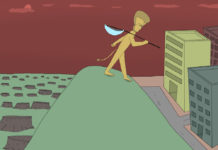 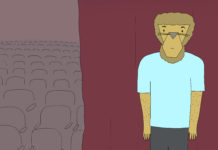 Human encroachment on forestland is killing our animal kingdom. And it’s also killing the King of the Jungle.

Savi, the Lion King of an Indian Savannah, lay dying, devastated and defeated by deforestation and its direct consequence of the decimation of his fellow beings, his family. Somewhere deep down though, the lone survivor wished to survive.

A sage came by and granted him life; an existence amongst the invaders. If and only if, the carnivore swore to peacefully, inconspicuously, almost invisibly intrude, despite mankind being so callous; so selfish; so inconsiderate.

We often don’t see what we must. And we often don’t know who’s watching. Savi is the mole that notices the essentials, the contradictions, the constants and the variables, without us ever noticing him.

He’s not hiding, but he’s hidden. Or maybe, we’re just not paying attention…

This is where he throws light on our blind spot.