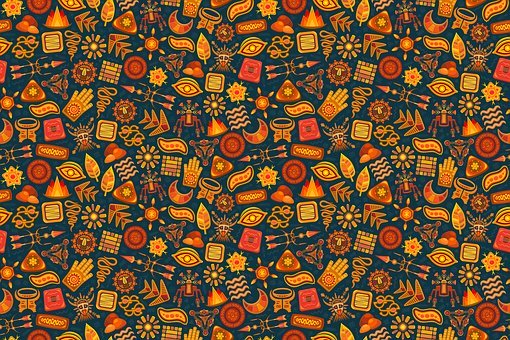 We’ve already lost almost 20% of the Amazon Rainforest and the deforestation persists. An area the size of France has been cleared. And if the forest is the size of Western Europe, a seemingly large proportion has been felled!

If you don’t know about it, you don’t care about it!

It’s a war. We have a war here! How can we possibly stay quiet?!

Powerful economic and development pressures are bearing down on the Brazilian Amazon. With political forces steadily gnawing away at the rainforest, there’s been a tremendous amount of deforestation over the last 30 years. The infliction releases a significant amount of carbon. Half of the dry weight of trees is carbon. Whether you burn the tree or let it rot, most of it will become carbon dioxide, while the rest becomes methane which can have an even more adverse impact on global warming.

A representative of the indigenous people of Amazonia speaks of human beings as ants – eating from and destroying the planet; not planting anything for the new generations.

This Green Ocean, the source of the highest biodiversity of life on Earth, is cardinal to maintaining climate stability for the entire planet.

The terrific diversity helps it function as a forest – a web of interactions that holds it together. Which collaterally, widely affects the Earth’s climate.

In one day, a big tree can put up to 300l of water into the atmosphere. And if you multiply the area of the Amazon, on a single day, the forest can put up to 20 billion tonnes of water in the atmosphere. That’s way more than what the Amazon River discharges in the Ocean, in the same time – one day. So, that gives you a measure of the importance of the forest to the climate system.

It’s making the water cycle function, for god’s sake! And when you lose a tree, land becomes progressively arid.

As an enormous hydrological pump, the health of the river and the rainforest is fundamental to our survival. Truly, this belt comprises a microcosm of our planet. In its waters, we observe many of the world’s ecological issues.

Though industry has been good for the Brazilian economy, the cost has been unprecedented drought in Amazonia, increased and more intense hurricane activity in North America, and the imminent demise of the Bolivian glaciers.

As development and infrastructure projects push deeper into the Amazon, a lot of people are looking at the forest as something that stands in the way of progress. At the moment, it’s a one way bet. You can make money by cutting it down or you can’t make a living by keeping it standing. And the encroachers (illegal or otherwise) – loggers, cattle ranchers, farmers, soy producers, beef sellers, landowners – are all visibly, picking the axe.

Tuxa, an indigenous woman explains, as she weaves patterns out of banana leaves, “We believe that nature is Holy. That man is part of nature. Everything is sacred. The water. The Earth. The Plants. The Mountains. That’s life! And you depend on this Life. Man is not separated from it. We’ve been dependant on it forever!”

The indigenous people, by and large, cut down a small piece of forest and they grow their crops intensively. But they leave the forest to regenerate. Their myths and beliefs help to protect the forest. In fact, some of their taboos are vitally important because that is part of why they don’t do things that are totally destructive of the environment.

Obviously, a crisis has occurred. Between human beings and nature. We no longer understand ourselves as parts of nature. This seems to be the elementary difference between the indigenous people and us.

The native people consider themselves a part of nature. They don’t own it or dominate it! They relate to it. There’s a relationship with the environment. And that’s what really counts! And if a part wants to survive, the whole has to be healthy also!

When everyone seeks a decent standard of living, one is forced to pose the question, is it feasible to both grow the economy and protect the environment?

There is an answer. While it may be more profitable to cut the forest than wrest a living out of a standing forest, conservation efforts will have to be made to sustain the ecosystem.

First you have to convince the government that it’s really in Brazil’s national interest to maintain the forest. It serves the environment! As of now many government officials say so verbally but as far as where the money goes, they’re building new highways and new dams and all sorts of things that destroy the forest.

To change the view of society as a whole, the Amazon has to be perceived as actually underpinning jobs and environmental security in the interest of the population as a whole. What we have to achieve is sustainable development. Brazil is going to develop. You have to allow a country such as this to generate an income to provide basic services, schooling, water, health to a very poor rural population.

Certainly, the thing that we have here, which is sustainable and something very valuable, is the forest itself. It’s been here for thousands of years. And it produces environmental services such as maintaining biodiversity, preserving the water cycle or even avoiding global warming. And all of those have a value that’s much greater than what you can get out of the area by cutting down the forest and selling the wood or planting cattle pastures and so forth.

Throughout the world, we are not paying for the ecological services that maintain our atmosphere, our oceans, our water and our climate. And one of the things that is important for maintaining our environmental services is maintaining forests on the planet. Brazil and the other Amazon countries have the largest rainforests and they are vital for the future of the planet.

It’s not about donating money. We’re not in favour of that. We’re in favour of compensation for environmental services. There’s a need to create an economic incentive. To rubber tappers, indigenous leaders and small-scale agriculturalists – everybody has to be stimulated to conserve the forest.

In order to convince someone that’s actually got a hand on a chainsaw, cutting down a tree, to not do so, you aren’t going to do it by talking about Global Warming or all of the forest’s benefits. It’s got to be something related to the monetary pay-offs of that endpoint. So, where is the money really going to come from?

I think you have the insurance industry that’s one place. There are many other international based industries which could, without really doing too much harm to the underlying business, make a pretty reasonable contribution. One of those could be a Pigouvian Tax which would displace a miniscule tax on all international foreign exchange transactions which are running at the rate of about 2 trillion dollars a day. Another way of looking at this would be to tighten the emissions regulations on the Annex One countries – the G7 Countries, the European Community in particular, to lower the amount of emissions that businesses are allowed to put up into the atmosphere.

The money is out there. In the global economy. The question is whether there is the will and the sense of individual responsibility to actually do something about it.

It took from the beginning of time to the early 19th Century for the world population to reach one billion. We’re now, six and a half billion, heading for about 9 billion by the end of the century. The consequence of that is that we now produce, in less than two weeks, the entire economic output of the world in 1900. So, it’s this combination of numbers and rates of consumption that’s really putting an intolerable strain on the natural resources of the planet.

The indigenous people teach their young, “Everything you get from the land; you need to give back to it. Because before you were born, somebody was preparing for you. Likewise, you need to prepare for the next generation.”

The forests constitute the heartbeat of this planet. And it is our duty to ensure that the heart continues to beat.

The initial and crucial response to the environmental crisis is for each of us to bear personal responsibility for the way that we live. And for the values that we treasure. To persist in the current path of ecological destruction, is not only folly, it is a sin against all creation.

We can develop an integration of perceptions and new concepts. Humanity’s been totally fragmented. We need union; not fragmentation anymore.

Outsiders have long placed a series of fantasies of the infinite on this region of the world. Infinite wealth, infinite space and today, infinite catastrophe. Yet there is a fourth notion of infinity and that is the belief in the infinite, creative capacity of human beings to find solutions. Can man’s creativity and potential to change head off the predicted catastrophe?

Because if we save the forests, we save ourselves… 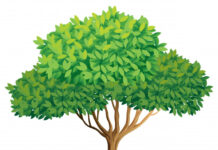 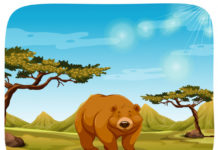 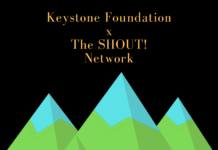