My first lesson in paratha-making was that they go best with tea. I learned it expeditiously, in the Delhi home of a distant aunt. It didn’t take much more convincing than spending a winter’s worth of lunches at her dining table. All the other lessons, however, took longer to master. Obtaining the perfect paratha is entirely contingent on the cook. No expensive pan or divine intervention can salvage the situation if you don’t know how to. I made several mistakes when I was learning – if the dough wasn’t too sticky, then the pan was cold, or the stuffing was miserably low on salt. Sometimes the dough would morph into a novel shape and cook unevenly on the open flame. The secret to round parathas is in the wrists – they must make your belan (rolling pin) dance.

To top it all, parathas must be eaten hot off the stove. They cannot be cooked hours in advance to allow time for mistakes. The interval fosters sogginess. It was another important lesson, one Aunty was adamant about – her family never dined on cold parathas. But this took careful planning and execution. No one could do it without years of practice, and a butter box full of love.

“Are you hungry now?” Aunty would ask her children. “Okay. Ten minutes,” she would say, and walk determinedly into the kitchen. An imaginary timer would start ticking, and place itself in the backdrop of all that was about to unfold. I can see it clearly even today. First, the water for the tea goes onto the stove, for it will take some time to boil. Some ginger is grated crisply into it. Now to move on to the paratha. One piece of dough – always make the dough in advance – is rolled deftly into a ball between Aunty’s palms. A glance or two is spared at the imminent boil in the tea pan. Aunty presses the smooth ball of dough into a disc and tosses it around in the dry flour, which leaps up in soft puffs. The disc is then rolled out into a small circle – remember the wrists.

Time for a generous amount of filling – always make the filling in advance. Boiled potato mashed down with a fork. Salt, chilli powder, cumin powder thrown in with the tiny spoon from the masala box. Blessed with a sprinkling of chopped coriander. Some more mixing and mashing. Now Aunty plops it onto her small circle of dough, which is then tightly gathered and pinched into a dumpling. She drizzles dry flour onto her chowki (rolling board), and it falls like a light rain, bringing an unforeseen romance into a hot, rushed endeavour. Six minutes to go. Oh! Oh, the water is aggressive now. In goes the sugar, with another tiny spoon. Then the tea leaves, which only aggravate the storm. The water rages, surging up and down in waves. Mint leaves force their way in, but they do not partake in their characteristic duty of soothing the tempest. Let it happen. Once the storm passes, everything will come together.

Aunty turns up the heat under the paratha pan. The little dumpling of dough and potato is rolled out now. It must be noted that the belan’s up-down movement is not as arbitrary as it looks. Every stroke is deliberate, every ounce of pressure measured. It came slowly to me, but Aunty always did it in seconds, her belan flying over her ever-expanding circle of potato-filled dough. You can’t press down on the dough too much, she would tell me. You must consider the weight of the belan. When you do press, you must be very quick. Don’t linger! Don’t let the dough realize you’re spreading it apart. It will tear in protest, or stick to the chowki. You have to trick it.

Three and a half minutes to go. The tea is boiling away! Black water rising and foaming as if in rebellion. But this tempest will not make it into the teacup. Aunty slips in a quarter cup of milk, and it collapses, cartoon-like, into peace. There is still some time until the first paratha is ready. The gas is simmered. The uncooked paratha is now slapped about between Aunty’s hands, and the excess flour darts off it. Aunty throws it onto the burning hot pan, whereupon it is flipped multiple times at regular intervals, and slathered with ghee between each flipping. She’s working even faster than before, mindful of not letting the tea get too strong. That would ruin the meal.

A little over a minute to go. The kitchen starts to fill up with smoke – parathas are a gruelling affair – and aunty’s face needs constant wiping. The milk in the tea begins its creep up the walls of its pan. Aunty grabs the tongs, and the paratha is made to bounce for a few seconds on the open flame. The milk is active now, like a science fair volcano. The paratha is lifted off the flame and leaps onto the plate. The milk, too, is leaping; it whooshes up to the brim! Aunty reaches out just in time. The gas is off and the milk is put back in its place. The ticking comes to an abrupt halt. For a moment, there is silence. Then Aunty yells out to one of her children. “Put some butter on it,” she instructs, “I’ll give you your tea. Send your sister in five minutes.” And the child walks away, buttery hands clutching the promise of crispness and contentment in his simmering plate and glass.

Aunty would then start on the next paratha, rolling, stuffing, and tricking the dough. But that’s not the only thing she was tricking. Like any artist, she had tricked us all into believing that this was effortless and easy. But when I began to make my own parathas, there was nothing the process didn’t ask of me. I had to get the ingredients right, to manipulate the boil, to befriend the clock. To achieve this, I had to love the person I was serving and forget myself in the process. Then, I had to make peace with the fact that no diner would recognize the lengths I had gone to in keeping everything fresh, and instead treat their warm, full bellies as my prize. These were important lessons for paratha-making – and when learned well, they became important lessons for life.

This piece has been written by Farishta Anjirbag. She will be writing for the network for a brief period before moving onward and upward. We are proud to host her large ideas and clever writing. 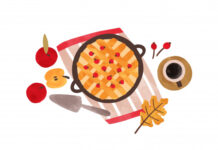 I’LL HAVE A SLICE 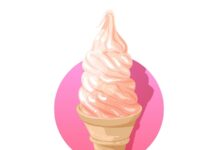 FILLING UP ON SOME PHILOSOPHY