Yet another uninspiring and soulless day had gone by. Isolation in a pandemic-ridden world was frustrating at the least. Slowly and steadily the empty days and endless chores drove me into a downward spiral. A downward spiral of overthinking, anxiety, and becoming increasingly anti-social. The film, ‘A beautiful mind’ was playing on the television. It was almost like background music to the loud and chaotic thoughts inside my head. The faint voices in conversation got me curious and I slowly opened my eyes, peering into the screen.

Alicia asks Nash, “Do you want to know what’s real?” She raises her hand, gently caressing her palm across his cheek, and says, “This.” She lowers her other hand, tightly clasping his, and raises it to her face; “This.” She then places his hand near her heart and with the most earnest eyes says, “This.” “This is real.” “Maybe the part that knows the waking from the dream isn’t up here (pointing towards his head). Maybe it’s here,” she says, lowering her hand to his chest and embracing him. I watched intently; the scene engulfed in tones of greys, evoking at first, a chaotic and storm-like atmosphere and later, a warm but melancholic mood. Each movement; whether the intermingling of hands or the gentleness with which she caressed his cheek, each expression; when their eyes meet, interlocked, full of love with a glimpse of fear and concern has been picturised and portrayed in the most touching yet hard-hitting manner.

The scene struck a chord with me. It made me realize something. Something, that perhaps a lot of us had taken for granted for a long time before the pandemic hit us. The power of human touch. The power of a hug. The feeling of being engulfed in someone’s arms. I went into a spiral again. Only this time, it was an upward spiral. One that strengthened the human mind, away from the toxins and challenges I had been battling. This time it was about human relationships, emotions, and perhaps… the very essence of human nature.

The sense of touch is one of the central forms of perceptual experience, though it has often been overshadowed by vision in both philosophy and psychology. ‘Touch’ is often referred to as the first sense. Its centrality in nearly all of our life’s experiences is driven by its dynamic and powerful nature. The Oxford dictionary defines a hug as, “An act of holding someone tightly in one’s arms, typically to express affection.” Why do we like hugs? I fell deeper into the rabbit hole as I sought an answer to this question. Science says, the levels of ‘Oxytocin’ most commonly known as the ‘cuddle hormone’ or ‘happy hormone’ in our body increase on hugging, touching, or even sitting close to someone. It is said to reduce blood pressure and the stress hormone norepinephrine. A good hug often involves a squeeze which provides a deep pressure. It is a signal of safety to our consistently receptive, electric, and vigilant nervous system. Pardon the extensive scientific terminology! Admittedly though, from babies to those in their old age, everyone does like a good hug? The more I read, the more I missed it and valued it. H.U.G. a charming acronym I came across means Hold on tight Until you relax and Grow your bond. We become closer, more intimate, and more trusting with that person.

All in a span of a few seconds.

In fact, some of the most beautiful scenes in books and movies have comprised hugs. Then, whether they were in moments of love, joy, or reconciliation, it brought out the depth in each of those relationships however dysfunctional they might have once been. I revisited some of those films. Some of the classics. Some favourites.

Auggie sniffled and looked away. Jack, his best friend hugged him and wrapped his arm around him tightly. No one spoke a word. The bullies and the bullied stood beside each other, arms around each other’s shoulders. They looked on as the sun, set on the lake. This scene from the film ‘Wonder’ lingered around for a long time in my mind. It was filled with gratitude. With resolve. This group of young boys who had been conflicted, stood their ground together, against the outsiders.

It was the last Tuesday. Morrie wasn’t doing so well. But he wanted to say the perfect goodbye to Mitch. The scene that followed was nothing short of magic. Morrie cried like a baby as Mitch held him. He stroked his hair. He put a palm against his face and felt the bones close to the flesh and the tiny wet tears as if squeezed from a dropper. Mitch writes, “I leaned in and kissed him closely, my face against his, whiskers on whiskers, skin on skin, holding it there, longer than normal, in case it gave him even a split second of pleasure.”

A tear streamed down my face. Noah and Allie from ‘The notebook,’ held on to each other as they danced on the empty street. They were rebellious. Intense. They were in love. Distance and quarrels meant little when one hug could mean so much.

It was almost dawn. I tuned the disturbing radio frequency and ‘Lag Ja Gale’ played. I smiled. Human beings were never made to live in isolation. We were made to meet and greet. To hug and give air kisses. To be affectionate. We were made to dance hand in hand and sway. A hug could mean differently to different people. We hug for different reasons. We crave cuddles (and hot chocolate) in stormy weather. Our day becomes indefinitely better when someone wraps their arm around us – often in reassurance that everything will be okay. And then, come the best kind of hugs: The kind we give, just because we want to. Because it makes us feel warm, loved, and comfortable. Let this be a reminder to tightly hold on to your loved ones and give them a hug or as science recommends: Eight, all in a day’s work!

DISCLAIMER: The content in this blog post is for general informational and educational purposes only. Nothing contained herein is intended to be a substitute for professional medical advice, diagnosis and/or treatment. No delay or disregard in seeking professional medical advice must be made because of content read or seen on the website. Whilst we endeavour to ensure the accuracy, applicability and completeness of the content on the website; no warranty or guarantee, express or implied, is given with respect to the same and The SHOUT! Network does not accept any liability arising directly or indirectly from any use of the content

THERE IS A TIGER UNDER THE BED 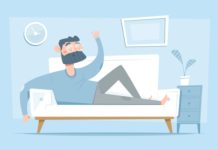 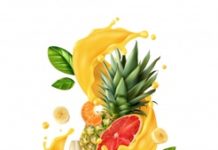