12-year-old Faisal, an ace badminton player, belongs to a family of carpet weavers. When denied permission to attend a summer training camp because he had to help his family weave, his school coach, Mr. Ansari, stepped in to persuade the family to allow Faisal to strive at bettering his game rather than labour at the carpet workshop.

Ansari’s efforts were slighted by a gruff father who reasoned for his refusal with: “He’s going to have to weave for a living anyway. He may as well start early.” A chafed Ansari charged Faisal’s family with perpetrating child labour.

His allegations were contested with the defense enumerating provisions that allow children “to help their family or family enterprise after school hours or during vacations.”

“It seems like the perfect set-up for children to work under the façade of ‘helping’.”

Ansari continued, “Any work that deprives children of their childhood, their potential and their dignity, and that is harmful to physical and mental development amounts to child labour. If we don’t let Faisal play and advance his capacity for the sport, his talent will lay untapped and suppressed. He doesn’t belong in a carpet weaving workshop. He belongs in a badminton court! The frustration from not being where he belongs might even cause his mind to be disturbed, leave aside stunting physical growth.”

“And if we want our children to feel free, we need a blanket ban on such unfavourable practices. It’s not wrong to learn a skill. But it is wrong to impose it on a child, who’d much rather do something else, for commercial purposes.”

Khaled Hosseini once wrote, “There are a lot of children…but little childhood.”

Well, this sure shouldn’t be a timeless truth.

Until the verdict,
This is Solomon Naidu.
Reporting from Courtroom No. 5
Of The Bombay High Court. 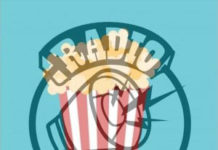 Podcast: Stand Up or Get Knocked Down

Podcast: I Whacked My Dog Today 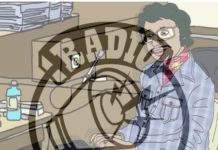 Solomon Naidu, a stenographer, works in courtroom no. 5 of the Bombay High Court. He gets an hour’s recess when court proceedings are temporarily suspended for lunch. These are his musings when he isn’t transcribing speech in shorthand.

Here’s a man’s journey from typist to writer. As told to a typewriter.